By WG Staff WriterDecember 2, 2022No Comments

Instagram hashtags not working for you recently? Join the many creators, businesses and users who are noticing the same thing. Everyone knows how important hashtags are to content on Instagram. And while in recent times Instagram has also made keywords equally as important when searching for content, hashtags still hold their weight.

When you add hashtags to your caption (or comment section) on Instagram your content is included among others when users search that hashtag. This provides the opportunity for those who aren’t following you to discover your content and help build your online brand. However recently more and more people are noticing how little hashtags are adding to their reach numbers. Creators and businesses are analyzing their insights and seeing how low the numbers are. They’ve tried everything from pivoting to Reels and enhancing their content strategies but still it isn’t fixing the issue.

So is everyone just crazy, or is there something more to Instagram hashtags not working? Well the short answer is that yes there is something going on as it relates to Instagram and the game of hashtags. Just like the algorithm (which hashtags play a roll in), how hashtags are used and perform change over time. Many often get stuck in the same routines without even realize it. We think to change how we create content and when we post, but overlook hashtag strategies.

With all that said, let’s take a look at some of the main reasons why Instagram hashtags are not working for you in the ways they should.

Using hashtags on Instagram is a way to categorize your content. If you’re a fitness instructor using hashtags relating to style, you’re not hitting your target audience. That means you won’t see any growth within your followers. This can hurt you if you’re trying to build your business online.

The other side of the coin is that Instagram has measures in place to ensure that content using hashtags are relevant to each other. They do this in an effort to reduce spam accounts that mass post using wide ranges of hashtags to attract attention. So Instagram uses an AI technology that scans content and creates keywords from what it understands. For example if you post a picture of a latte and croissant in a cafe, it will pull words like coffee, food, pastries, restaurant. If you are often found using hashtags that don’t fit the AI data pulled from your image Instagram might trigger the algorithm to suppress your content.

Speaking of spam reduction methods, another way Instagram counters bot and spam accounts is to monitor repetitive hashtags. Unfortunately so many create hashtag templates that they repeat depending on the content they’re posting. This results in that algorithm getting activated once again to suppress your content.

Being repetitive with hashtags also prevents you from using targeted hashtags that might perform better for you. While you might have certain hashtags that you use more often than others it’s important to switch it up.

One of the biggest reasons why people aren’t seeing results with hashtags, is because they’re using ones on the banned list. That’s right, Instagram sometimes will ban hashtags for a variety of reasons. First is that the hashtag itself might be inappropriate or associated with inappropriate content. Another reason is that a hashtag might be being used for a spam campaign, so it’s temporarily being banned. IQ Hashtags is a great site where you can check and see the status of hashtags, to see if they are banned or not.

Your Hashtags Are Too Broad

Be careful about being too broad when using hashtags to categorize your content. While they may have been popular in the past, today the sheer volume of posts associated with broad hashtags makes your content a needle in a haystack. For example using the hashtag #style as a fashion creator would seem obvious. But unless your content goes mega viral the chances of that hashtag contributing to reach is slim. Your content will only get lost in the fray.

So try to be a little more specific when choosing hashtags on Instagram. Instead of using #food when posting your spicy rigatoni, go with #spicyfood, #italianfood or #comfortfood instead. You might not have the opportunity to reach as many people with a single hashtag. But combined together your chances of that plate of pasta actually being seen are a lot greater.

By now you probably know that Instagram allows up to 30 hashtags per post. And in the earlier days of Instagram we 100% would have recommended to max out that limit. But like we’ve made clear times have changed. Today it’s actually a lot better if you use as few hashtags has possible. The sweet spot seems to be between 5-10 hashtags at the most.

We don’t for sure but we suspect there are a few reasons for that. Limiting the amount of hashtags you use helps you to avoid getting repetitive and irrelevant with your hashtags. It will also get you to focus on not being too broad with your selection and using more specific hashtags. Sound familiar? And using lots of hashtags is a behavior that mimics bot and spam accounts. So again the element of spam control comes into play.

Are you pulling out your hair because you’ve been doing all of this, and Instagram hashtags are still not working for you? Unfortunately your account might be shadowbanned. Instagram has never come out and admitted to the practice, but there is plenty of anecdotal evidence to suggest that it exists. A shadowban is when anything and everything you post is being suppressed: posts, Reels, Stories… This means that only those that follow you will be able to see your content. And even then some report their content not being shown to their followers.

Instagram might be doing this if you violated any of their terms, had suspicious activity or used hashtags that were restricted. If you think this is happening to you, stay off your account for a couple of days, even up to a week. Then when you return start of with a light schedule, a post every couple days and share only a few stories daily. Also avoid using any hashtags at first. After a couple weeks of that you can add hashtags back into the mix and return to your regular routine.

If for any reason that still doesn’t solve the issue you can also try reaching out to Instagram for support. 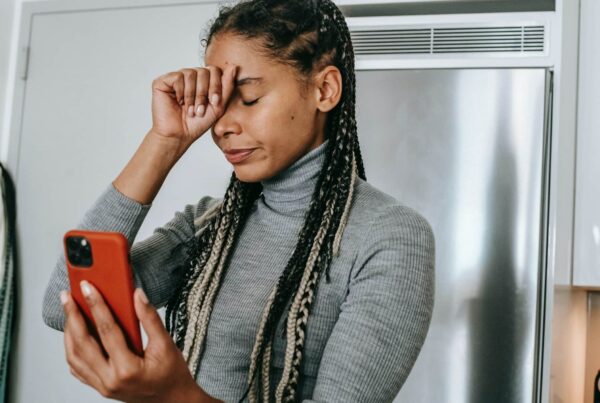