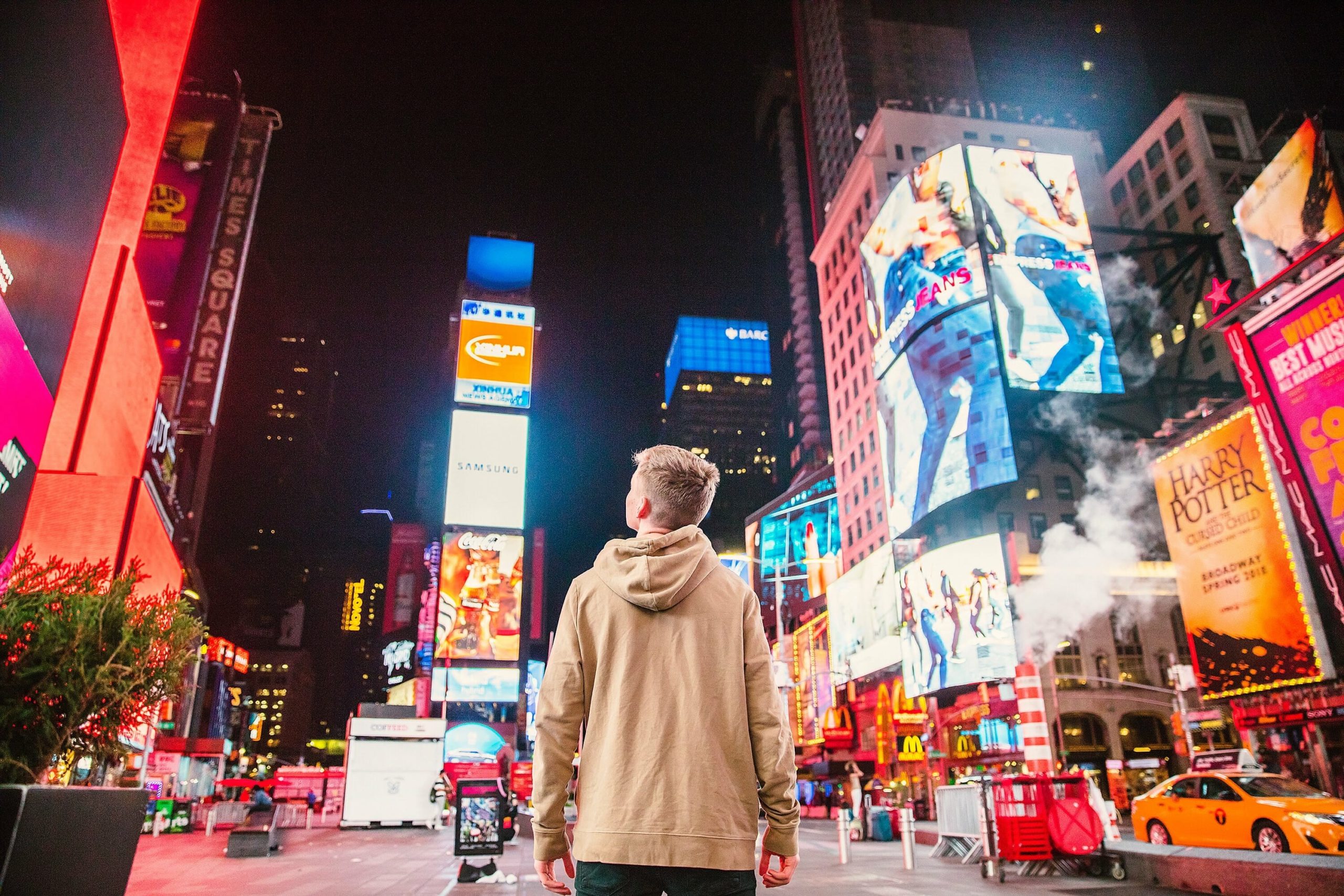 Oh, how we love you New York. New York City (NYC) is, hands down, one of the best cities in the world. With tons of culture, cool vibes and eclectic neighborhoods, New York City has become a must-see place. It’s no surprise that photo opportunities are a big reason why people come to the city. Creatives flock to NYC to capture the amazing panoramic views, pretty architecture and the magic of Central Park. There are 1.6 million people and 53 neighborhoods in Manhattan, so capturing all of the amazing views can be kind of tough. In this article, we’re going to let you in on our secrets for taking photos in New York City like a professional. 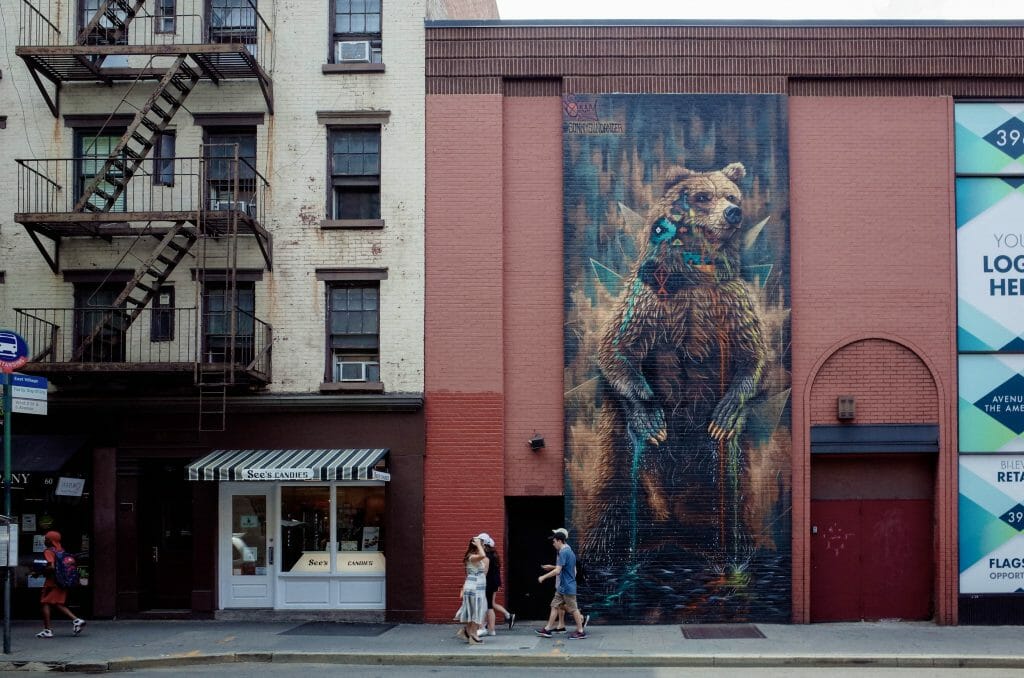 In our opinion, the most important part about taking photos in New York City is knowing your neighborhoods. For those of you that aren’t super unfamiliar with the city, New York is broken up into little neighborhoods. Do SoHo, Gramercy or TriBeCa ring a bell? When scouting for locations in New York City, it’s easiest to pick a neighborhood. New York’s neighborhoods are distinct in their own aesthetic and vibe–SoHo has a trademark style of architecture with cobblestone streets, Nolita has a ton of cute eateries and sidewalk cafes, the West Village is full of brownstones and beautiful townhomes. Once you pinpoint an area, you’ll be able to shape your photography style, outfits, whatever it may be, to fit the area (or vice versa).

Another thing to note about New York City’s neighborhoods is that they have varied “peak” times, meaning that they have specific times where the traffic is so crazy that taking a photo without a crowd in it is nearly impossible. If you’re heading to SoHo, get there before 11 for less foot traffic, Nolita is a hot spot for brunch, so anytime around then is not ideal, and honestly, Times Square is crazy all the time. Taking the time to read up on your list of neighborhoods, and when to go where, will save you a lot of running around later on. 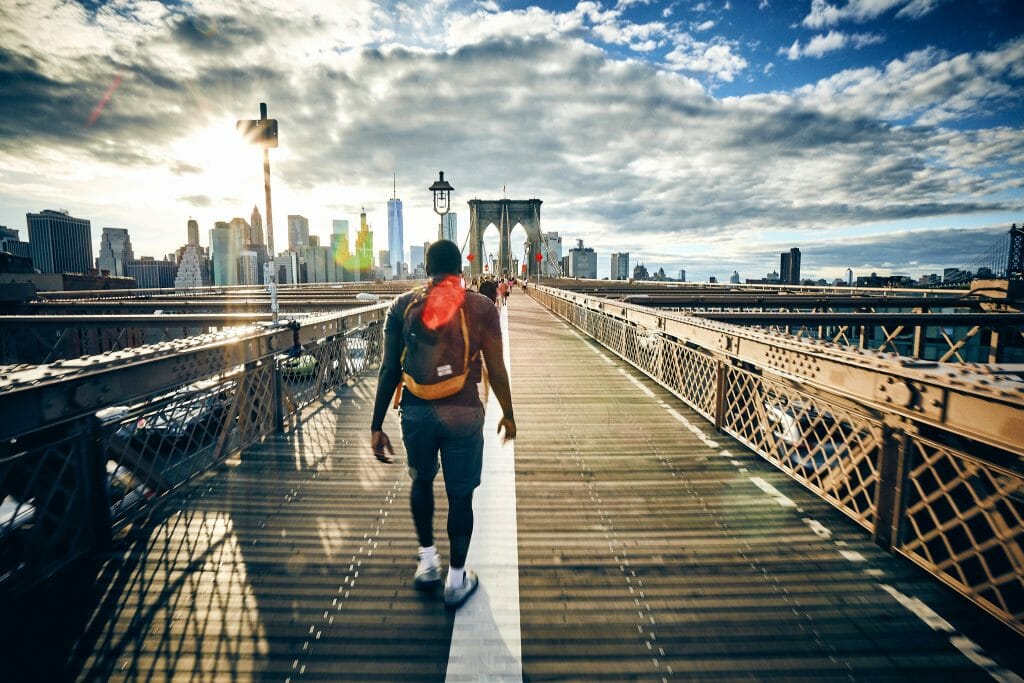 When taking photos in New York City, it’s important to go for both quality and quantity. Because NYC requires a ton of walking around, and also because there’s a new photo opportunity around every corner, it’s best to shoot multiple looks at a time. In most places in the world, you can put a ton of outfits and shoes in your car and change looks in your backseat. New York City is very different. If you’re shooting outfit photos, all of your looks need to travel with you, which means loading up a backpack (or in some cases a suitcase) and carrying it around with you as you shoot. Aside from the few pop up changing tents I’ve seen girls use on the side of the street, the rest of us slip into Starbucks or hotel lobby bathrooms to change looks.

This same concept goes for other types of photographers. Be sure to stock up on your content to make the most use of your time! 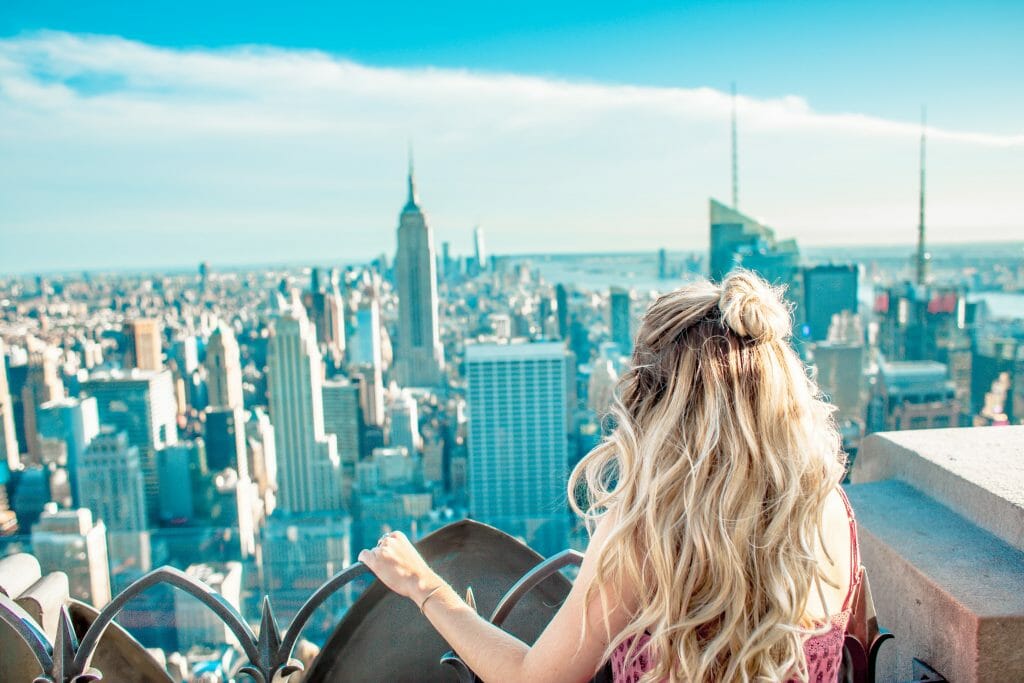 It’s no secret that New York City is full of skyscraper buildings. It’s part of what makes the city unique, and also a part of what makes those rooftop photos so popular. If you’re looking for good photo opportunities with panoramic-style city views, my advice to you is (obviously) to go up! Most hotels in NYC have rooftop spaces, and lots of them have bars so they’re open to the public. Hotels like Mr. Purple, Hotel Hugo, and Le Bain have insane views (and great cocktails), making them popular photo locations for visitors and residents, alike. If you’re looking for a fun touristy option, visit some of the tallest buildings in the city, with the best panoramic views. The Top of the Rock and the Empire State Building will cost you a small fee to get to the top, but we promise the view is worth it.

Tip #4:  Timing is Everything 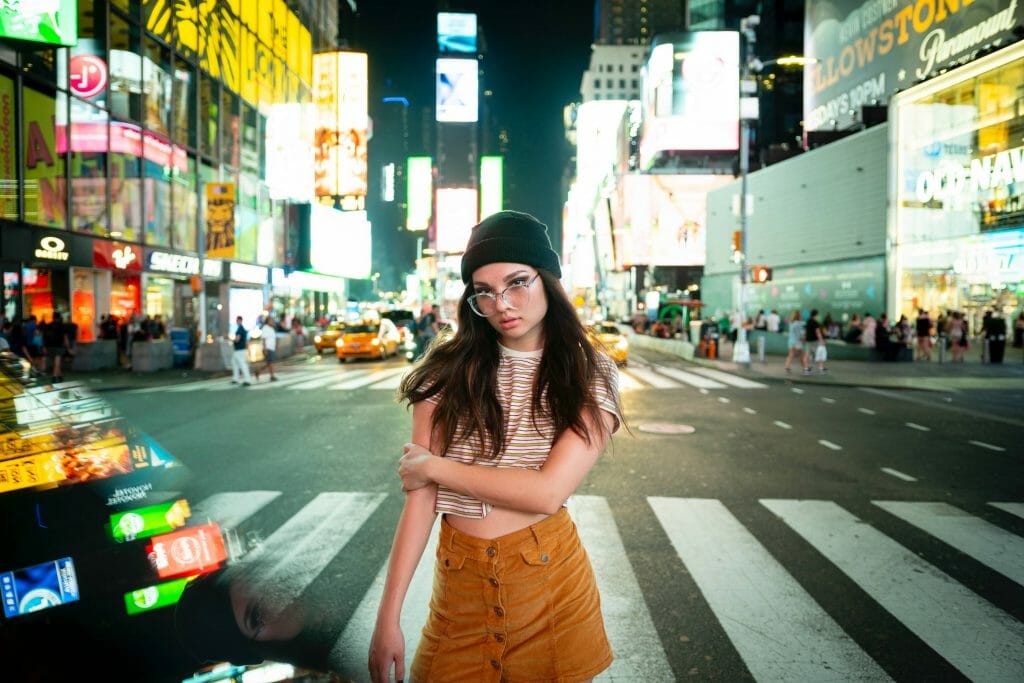 As mentioned in the “Neighborhoods” section above, timing is incredibly important when taking photos in New York City. If you don’t mind having a decent amount of other people in your shots, then timing only comes down to lighting and convenience. For those of us who are more picky, and prefer photos without any other people in the shot, timing is everything, especially in a city of millions.

Timing is also important in a whole different way in NYC. If you’re looking to get those casual “walking across the street photos” or photos with a yellow taxi in the back, you’ll have to have someone who’s more skilled behind the camera. What they say about NYC being fast pace is incredibly true, so be sure to hire a photographer or use a camera that can capture the amazing, but fleeting, moments on the street. Another good way to do this, but avoid the cost of a photographer, is to use the “Live” mode on an iPhone. It gives you the opportunity to capture a photo, and choose a different photo frame in the seconds before or after the actual shot. 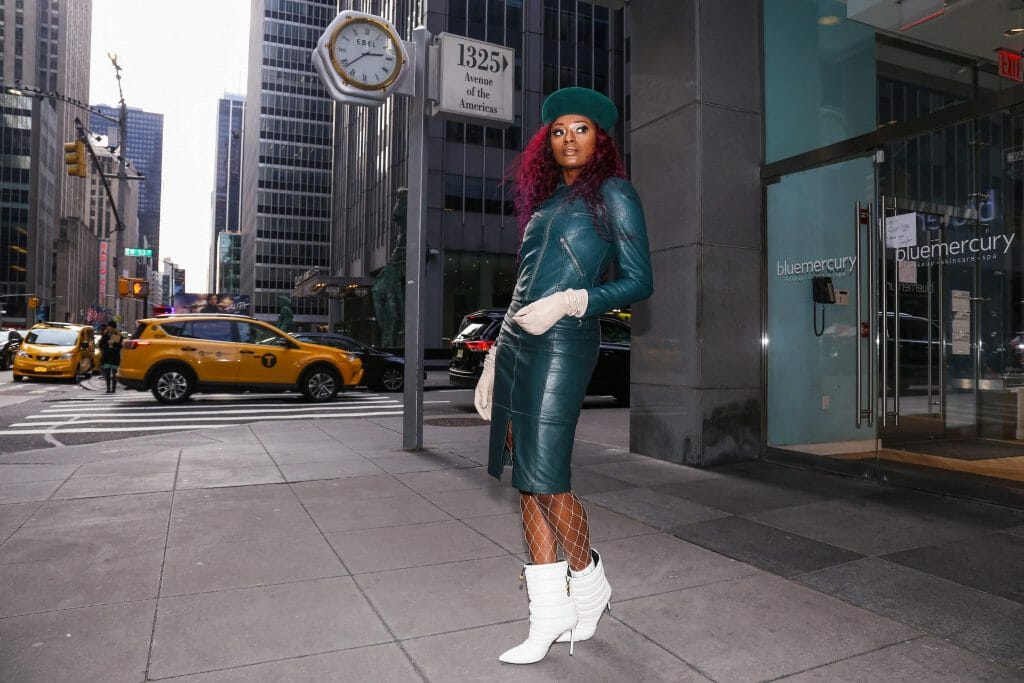 The beauty of New York City is that you can walk pretty much everywhere and anywhere. We’ve discovered some of the prettiest corners and hidden gem photo locations by opting to walk instead of ride in a car. For those of you who are unfamiliar with the city, NYC is set up like a grid. There are avenues that go across the city (East and West) and streets that go up and down (North and South) in pretty regular square blocks. This makes walking around super easy to navigate and also means that the distance in between one photo spot and the next is quick.

Looking to add more travel destinations to your list? New York City isn’t the only photo guide we have, so head to the Wolf Blog for more great photography tips & tricks!